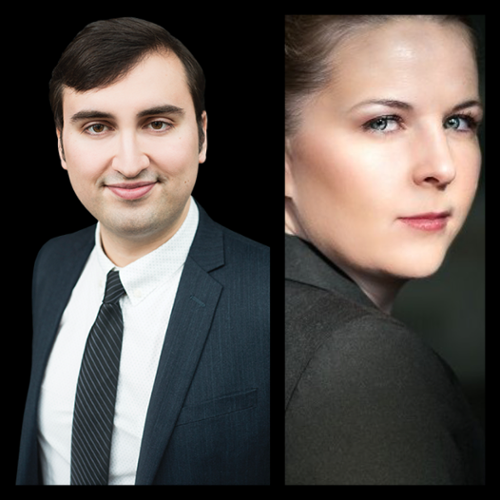 Surrounded by the grandiosity of the ocean, valleys and wild woods of Vancouver Island, Bruno Roy and Kimberly Bartczak deliver a recital inspired by the music of Ravel and Fauré, two masters of the 20th century mélodie. Here we find the sights and sounds of ocean and port life juxtaposed with some of Fauré's final compositions. In the hills not far off from the ocean side we also find Don Quichotte, making his way home through the valley. Are we in France? Are we in Spain? Or are we simply where we need to be….?

A native of Montréal, baritone Bruno Roy is at ease in a broad range of repertoire. During his time at the Canadian Opera Company he appeared on the mainstage in The Magic Flute, Tosca, Louis Riel, Arabella, Rigoletto, Dido and Aeneas and The Nightingale and Other Short Fables. During his formative training he has performed as Belcore in The Elixir of Love ; Count Almaviva in The Marriage of Figaro and Mercutio in Roméo et Juliette to name a few. In addition to a german debut with Oper Frankfurt in 2019, Bruno is also an accomplished performer of french art song and contemporary repertoire. Upcoming performances in 2021: Zurga in Les pêcheurs de Perles and Don Giovanni in Don Giovanni (companies to be announced)

A native of Montreal, Kimberley-Ann Bartczak is a conductor, pianist and vocal coach. Currently the new Principal Coach and Accompanist at Pacific Opera Victoria, she was the Resident Conductor and Repetiteur at Calgary Opera, was on staff at Opera on the Avalon, an alumna of Vancouver Opera’s Yulanda M. Faris Young Artist Program, and has performed coast to coast across Canada as well as in the United States, Mexico and Europe.